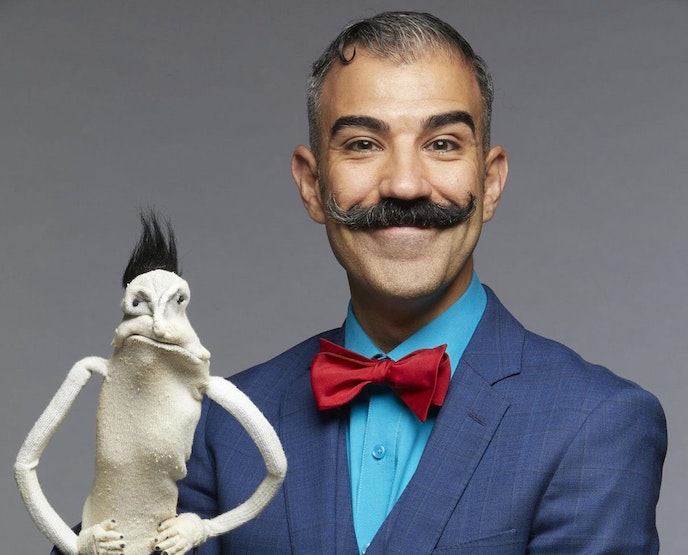 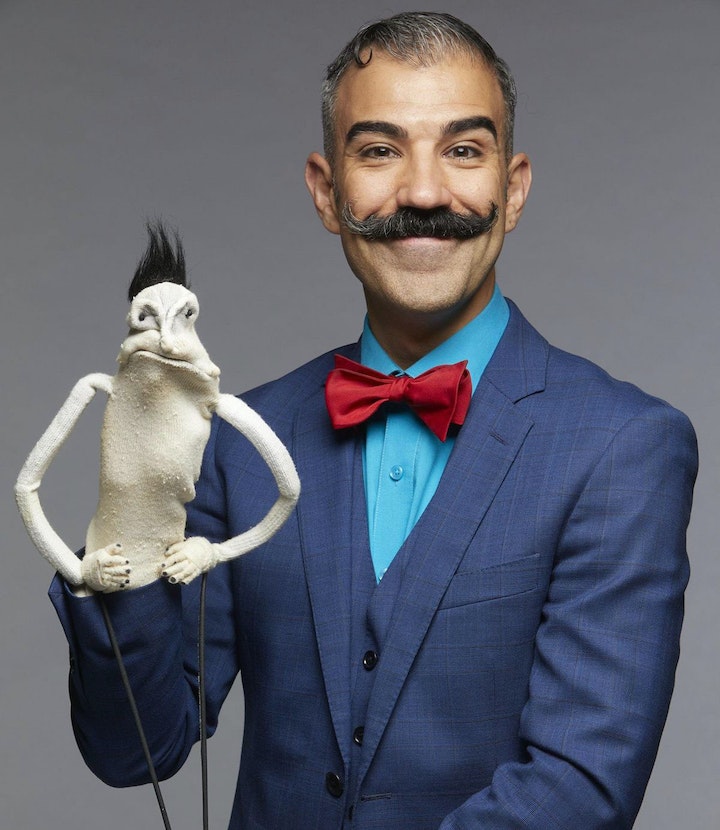 A modern-day Mr. Rogers with hipster appeal, Joshua Holden and his puppet sidekick, Mr. Nicholas, bring their award-winning family production The Joshua Show across the globe. When Mr. Nichols makes an unnerving self-discovery that causes him to spiral down a path of loneliness and hopeless despair, it's up toJoshua and his cast of characters, including Larry the Lint and the Wonderbook, to show his bestfriend the joy in being yourself. With live music, tap dancing, physical comedy, and multiplestyles of puppetry, this whimsical show is sure to bring out everyone's joyful side. Come discoverwhy Joshua Holden was named one of "20 Theatre Workers You should Know" by "AmericanTheatre" magazine.

Joshua Holden is an award-winning international puppeteer, actor and joy-maker based in NYC and was named one of “20 Theatre Workers You should Know” by American Theatre Magazine. Joshua was on the Broadway national tour of AVENUE Q, the Lead Puppeteer in Peter Pan 360 (ThreeSixty Entertainment), and garnered an Arts Impulse award as well as an IRNE nomination for “Best Actor In a Musical” as Bill Snibson in Me & My Girl (Reagle Music Theatre of Greater Boston). He worked with international street artist Banksy on his controversial piece Sirens of the Lambs. A proud Massachusetts native and an alumnus of the Walnut Hill School for the Arts, he earned a B.F.A. in Acting from The Chicago College of Performing Arts, Roosevelt University.

“Mr. Holden has dedicated his shows to lightening the mood of all in the theater,puppets and humans alike.” - The New York Times