Segerstrom Center for the Arts Anniversary

Wow, can you believe it? This month, our organization celebrates two major milestones: the 35th Anniversary of the original Orange County Performing Arts Center, and the 15th anniversary of the Renée and Henry Segerstrom Concert Hall and Samueli Theater.

First and foremost, we wanted to thank you, our beloved audience, season ticket subscribers, and donors for supporting us throughout the years. All of you have helped make us what we are today.

Speaking of which, how exactly did we get here?

Well, it’s a long story, some of which you’ve read about already in Center Connection fun facts for August and September. For those of you who missed it, we gave some background on the opening of Segerstrom Hall in 1986 and the history of how Segerstrom Center got its name. So let’s pick up where we left off!

After a successful opening in 1986, the Center is up and running, with one venue (Segerstrom Hall) housing all of our events. After years in operation, space and scheduling proved to be a challenge. After all, we’d been expanding our programming throughout the years, serving the home of Orange County’s Pacific Symphony Orchestra, the Philharmonic Society of Orange County, the Pacific Chorale, and the now closed Opera Pacific. How in the world could the Center accommodate their own programming schedule along with their resident companies?

Solution: Build not one theater, but two.

Soon enough, we were back at it again. After more funding and another land donation, construction of the anticipated Renée and Henry Segerstrom Concert Hall and Samueli Theater began on July 7, 2003—ironically, the same day construction began on Segerstrom Hall in 1983. Town Center Drive was shortened (who here remembers when it connected all the way to Avenue of the Arts?) and we made way for the new plaza connecting the two buildings. After three years, the Renée and Henry Segerstrom Hall finally opened on September 29 with a concert starring Plácido Domingo, the Pacific Symphony and the Pacific Chorale. Samueli Theater would open shortly after with an intimate concert by Sheryl Crow on October 14.

Whew…the problem of the lack of space and to fill a calendar full of programming was finally solved. But we weren’t done yet with expanding. 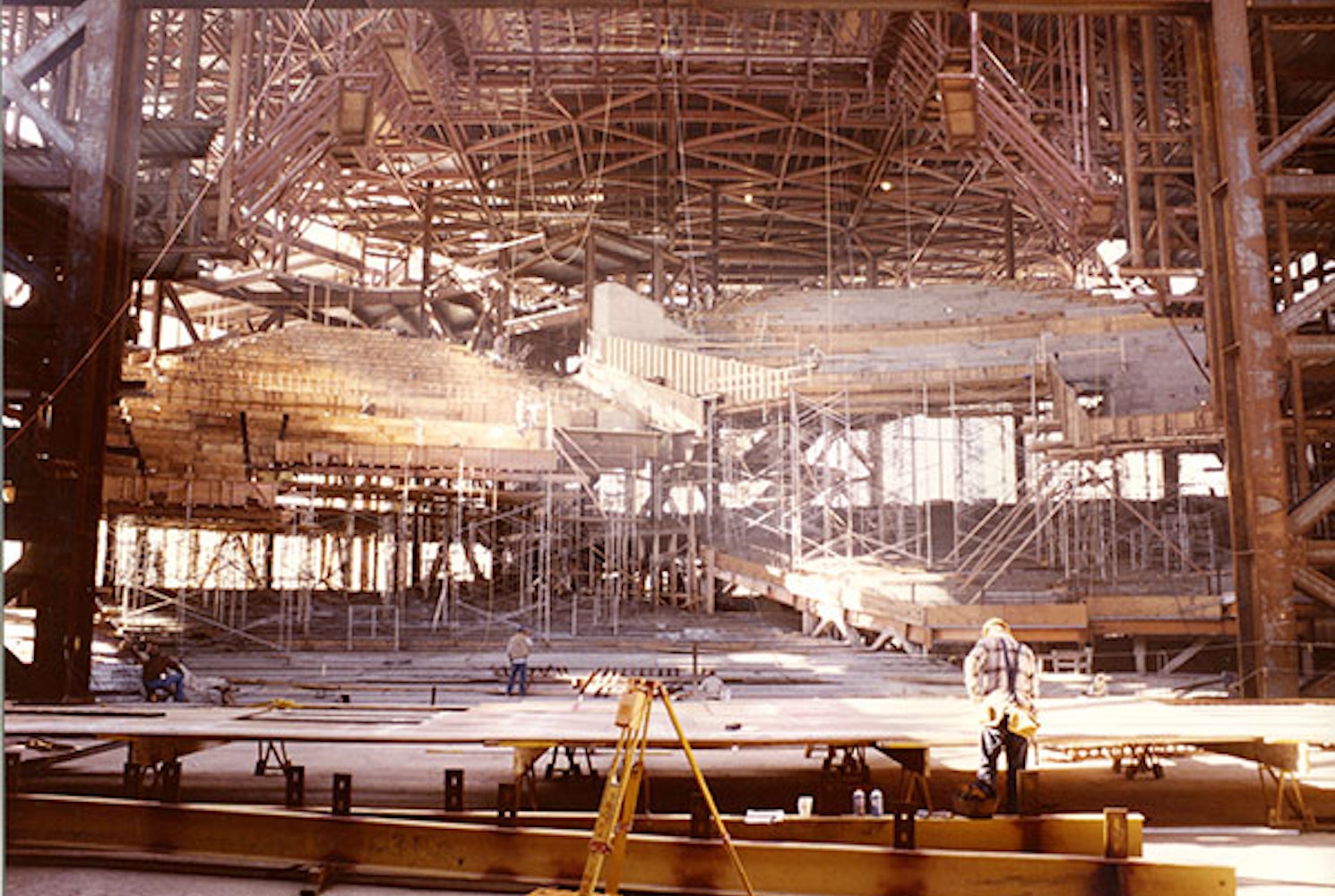 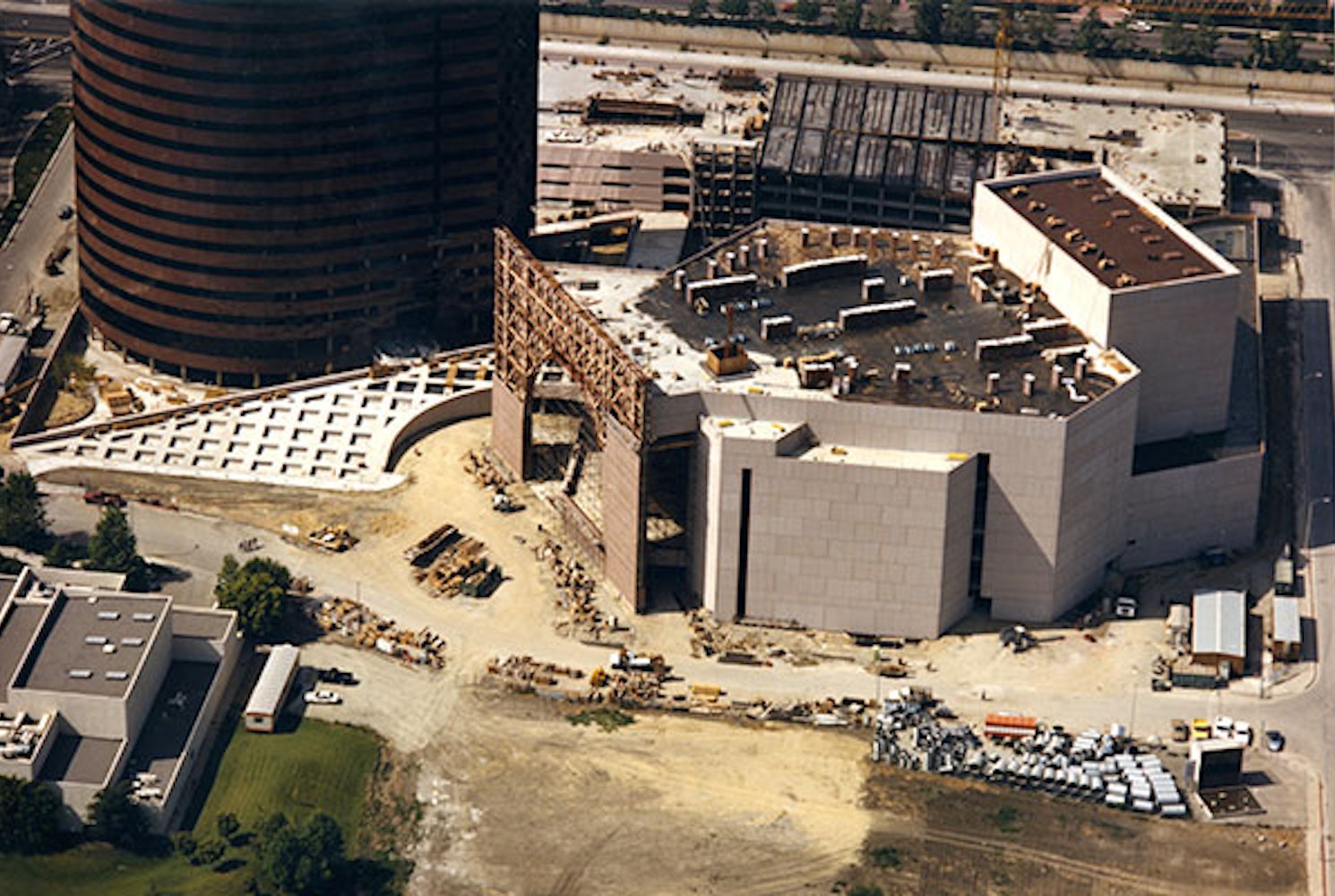 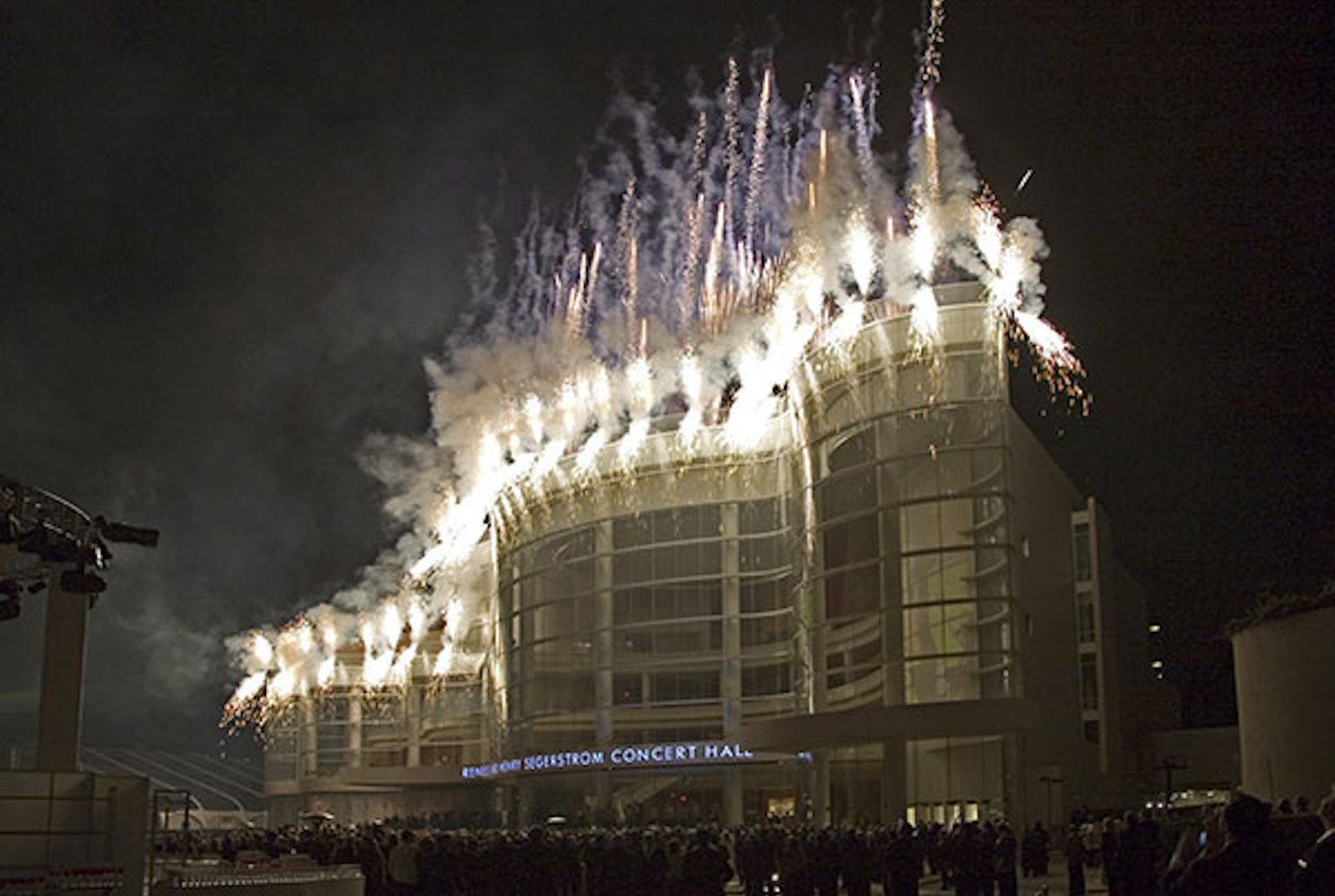 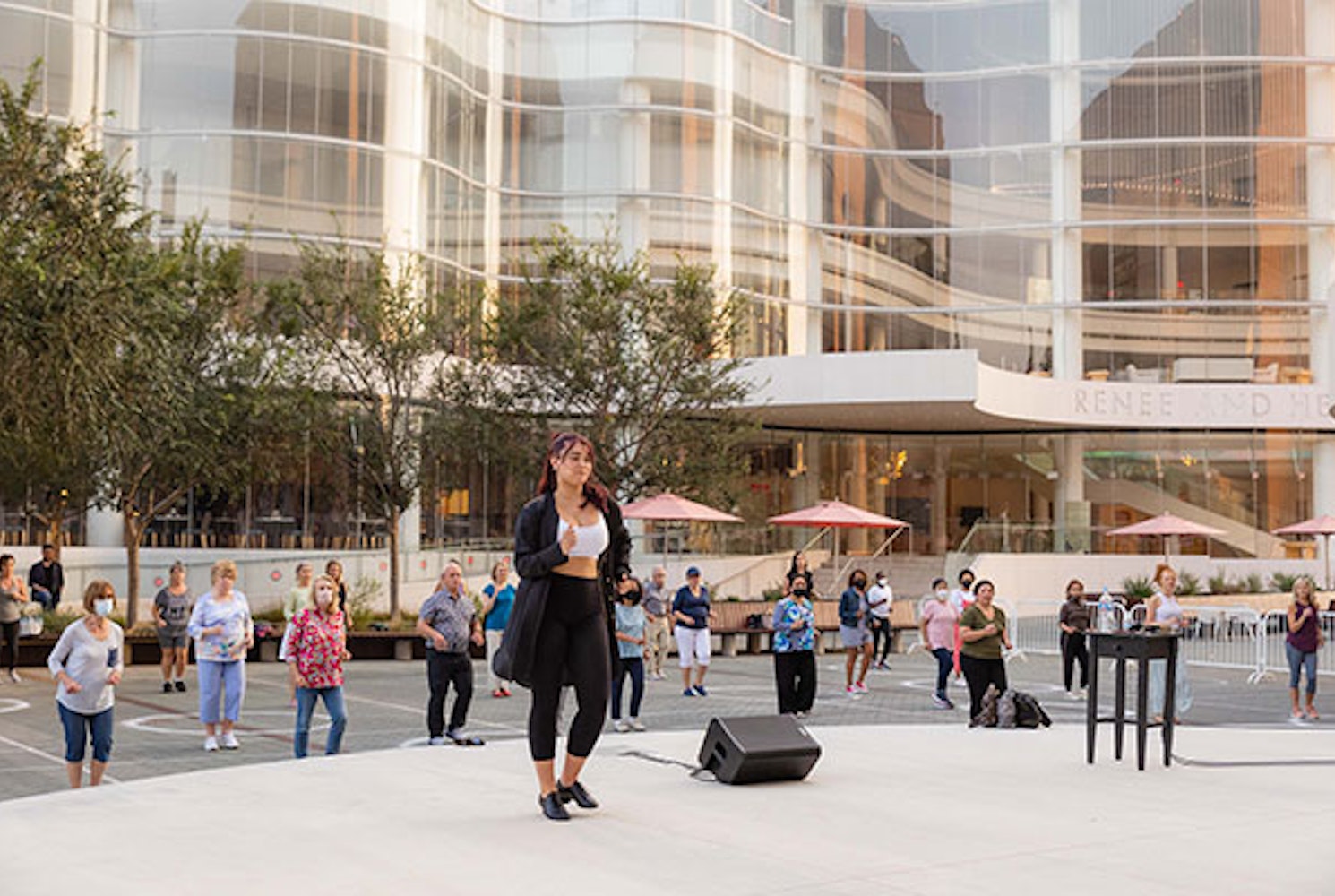 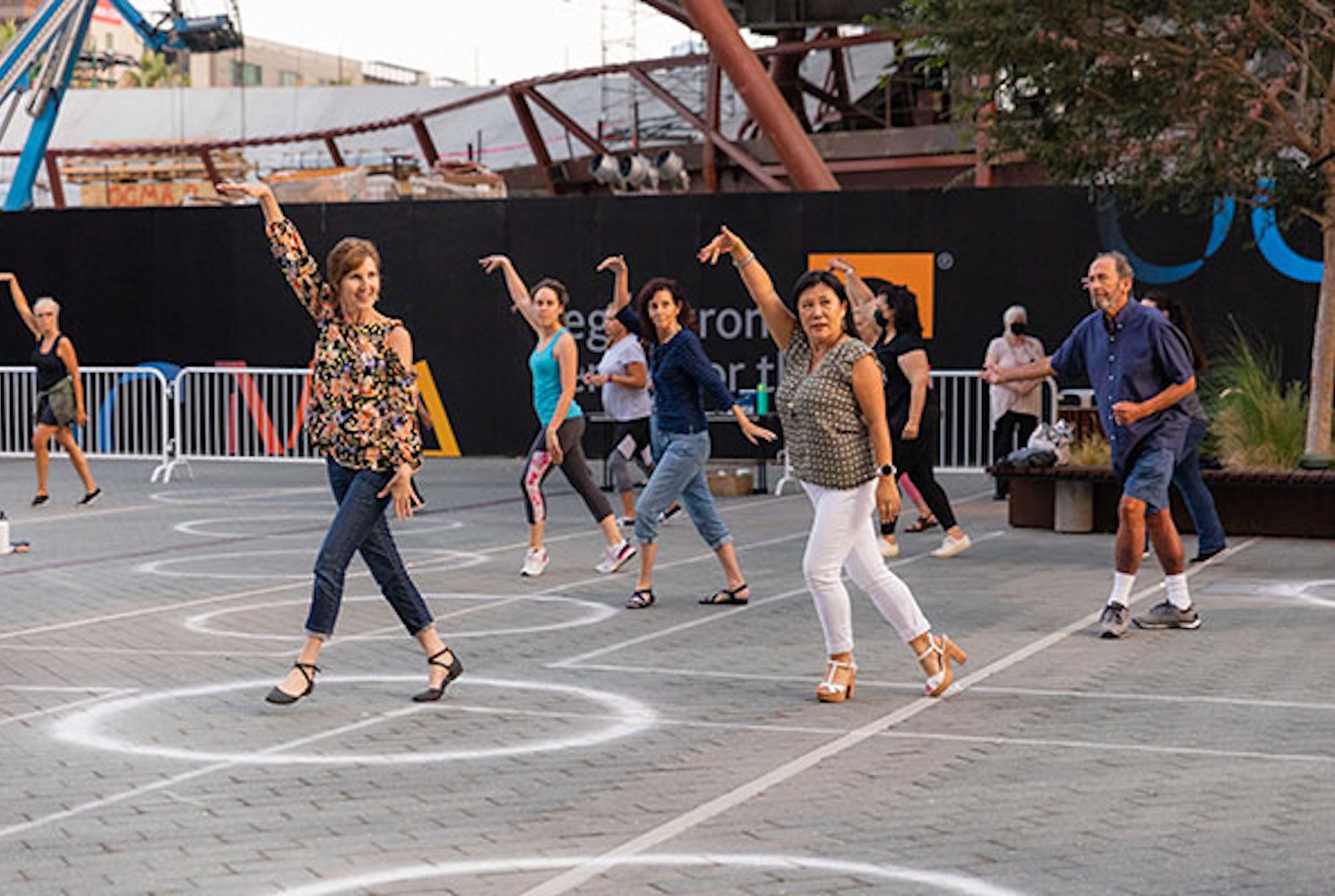 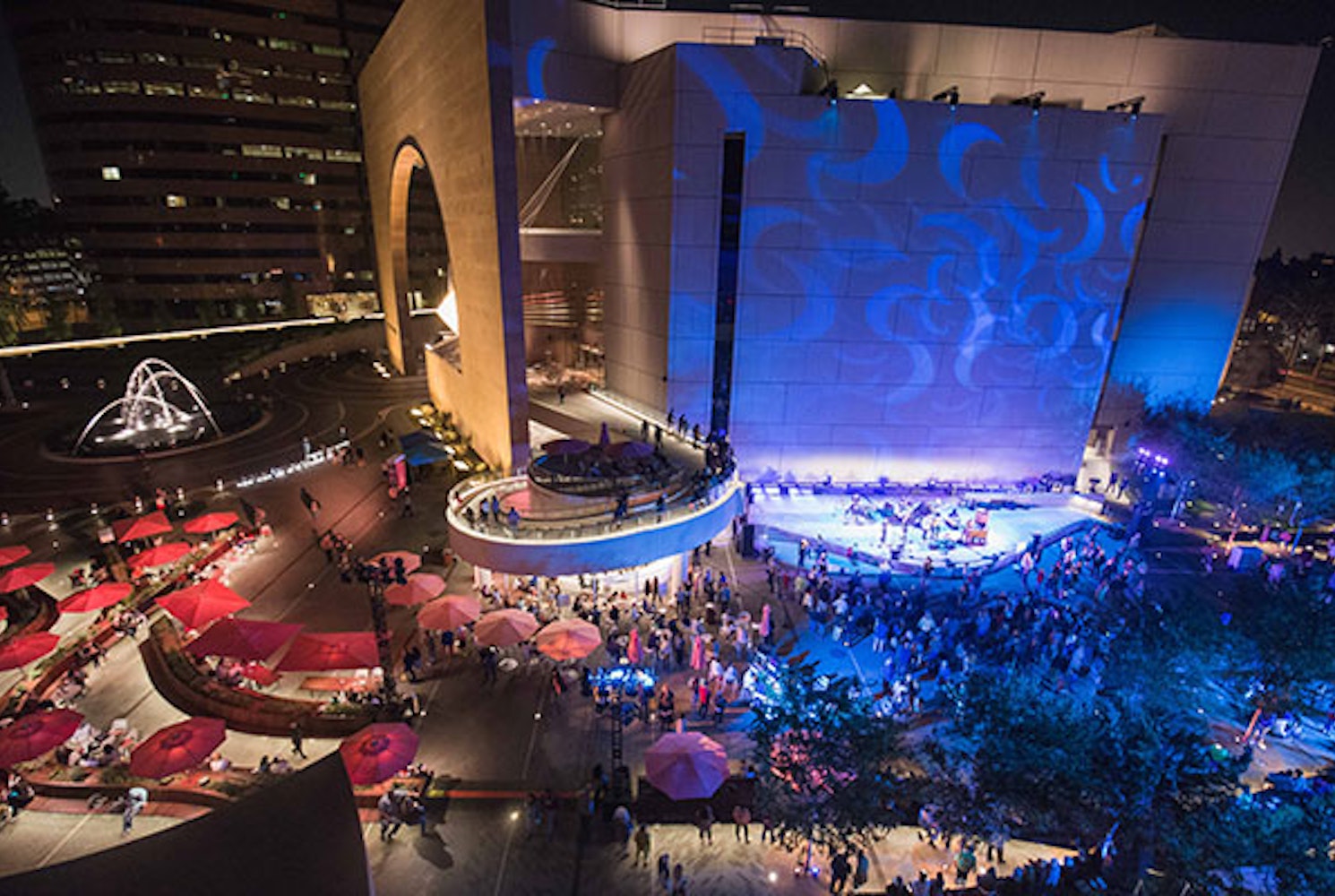 After rebranding our name to Segerstrom Center for the Arts during our 25th Anniversary in 2011, talks began for our next major expansion project: an outdoor space for our community, local artists and special events. The Julianne and George Argyros Plaza opened on October 28, 2017 with a full day of free concerts and performances, and the Center for Dance and Innovation also opened with the new American Ballet Theatre William J. Gillespie School and the Studio D Arts School for All Abilities.

The last 35 years have been so memorable and successful. Over 60 world premieres have opened on our stages with over 20 million people walking through our lobby doors since 1986. Our education department has helped integrate arts into their school curriculum to help achieve their goals through the creative process, serving over 6 million people children and families. As of today, the ABT Gillespie School have trained over 400 students to further their career as professional dancers, while Studio D have helped over 1,000 students explore their full physical, social, and creative potential through the inclusion of the arts.

Though this past year was a challenge with the closing of our theaters, our spirit remained strong and our Argyros Plaza remained opened for the community to enjoy. Our numerous events including the ever-popular Tuesday Night Dance classes and Summer Sounds concert series brought people together to safely enjoy the arts and create community when it was much needed. If you weren’t there, you definitely were missing out.

Although our 35th Anniversary season might be different than years passed, there’s no doubt we’re ready for you. We’ve missed you, and we can’t wait for all of you to return and be part of the celebration. Because it is also the 15th anniversary of Renée and Henry Segerstrom Concert Hall this month, you can save $15 on 15 different shows in the concert hall and in Samueli Theater. Check out our calendar to see the exciting list of shows we’ve prepared just for you to make this season the best one yet!

Thank you again for your support throughout the years. Here’s to a new beginning, new memories, and another strong 35 years!