An Audience Favorite Moment: Post-Show Talkbacks at the Center

When the actors take their final bows and the curtain comes down, it’s time for audiences to head home—except on Thursday nights. During a Broadway run at Segerstrom Center for the Arts, Thursdays are for post-show talkbacks. 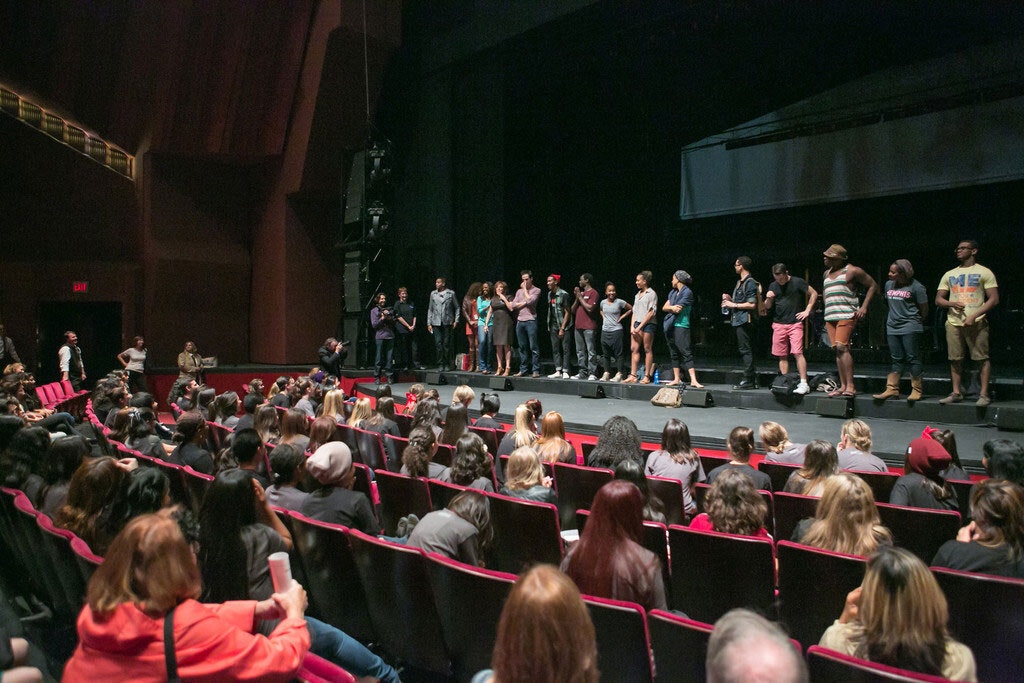 For over a decade, talkbacks have been an exciting part of the Thursday night theatergoing experience of a Broadway show at the Center, giving audiences a glimpse into the creative process behind the show they just watched.   Throughout countless Broadway seasons, we have been fortunate to host Broadway cast and crew members in various shows and engage in a series of moderated Q&As with audiences after the performance. Anyone in attendance at the show that night can attend, and typically, attendees can move to the front of Orchestra level seating after the performance ends. Once the talkback starts, the cast and crew will introduce themselves and give a brief introduction into their involvement with the show, and audience members can raise their hands with questions. Segerstrom Center staff members call on people to ask their question directly to the cast and crew sitting onstage, and the talkback will conclude after 20 minutes. 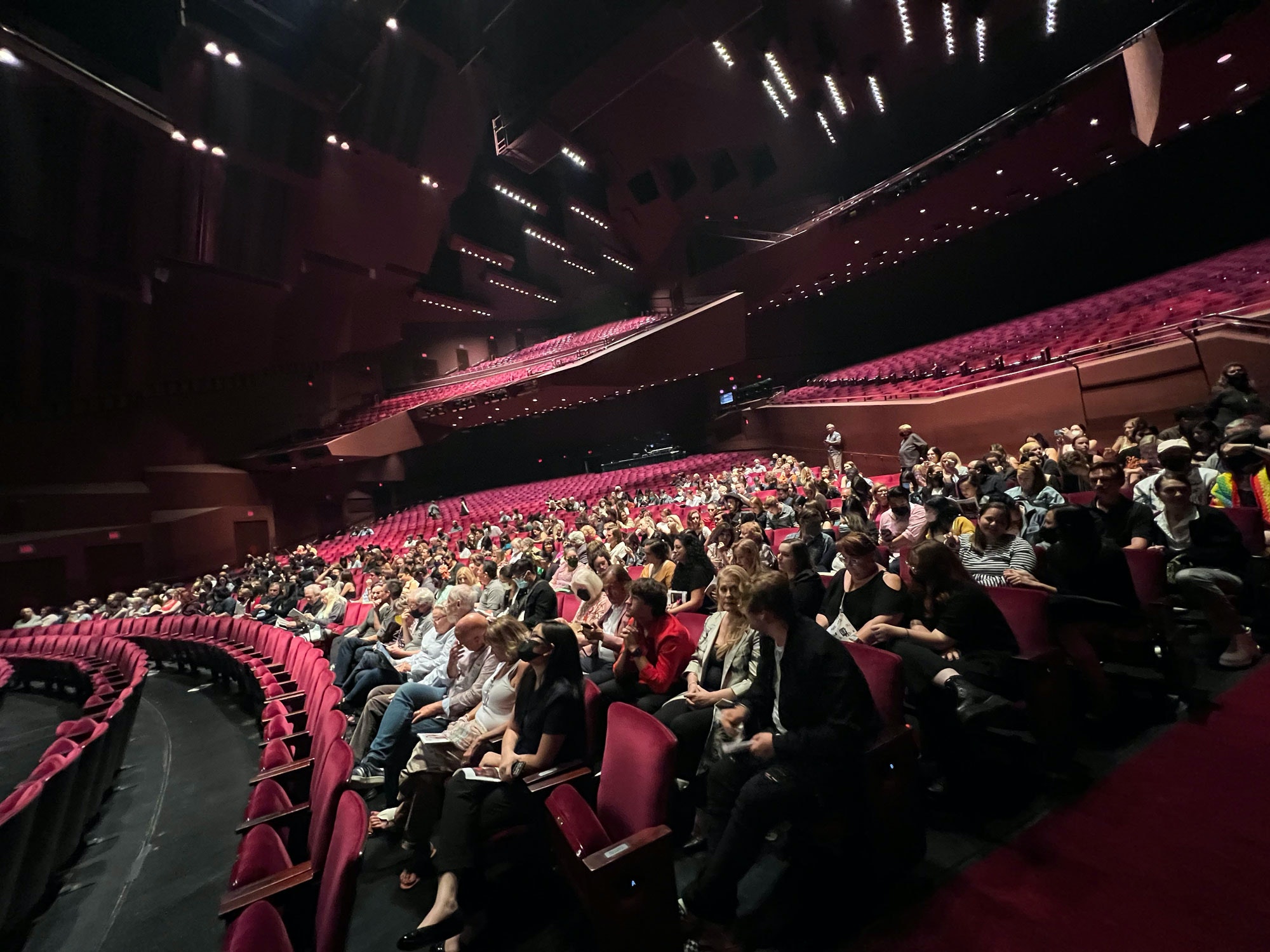 Frequently, a question pops up from a high school or college student about to make their decision to pursue a career in the performing arts. By asking about performers’ training and what steps they took to achieve their goals, these talkbacks can provide direct insight from industry professionals about the tools needed for school. But talkbacks are not just for students; many of our talkback attendees enjoy asking questions about what it’s like to perform in their respective shows, what their favorite number is, and what life on the road in a Broadway production is like.   For the Hadestown talkback, our audiences loved talking to Emily Fredrickson—who plays the trombone and glockenspiel onstage each night—about how she plays the melody of “Road to Hell” with a slight variation during each of the character introductions to fit their personalities. At the Moulin Rouge! The Musical talkback, Justin Keats and Amy Quanbeck discussed their time in UC Irvine’s dance program together and the intricacies of the show’s colossal and elaborate set. 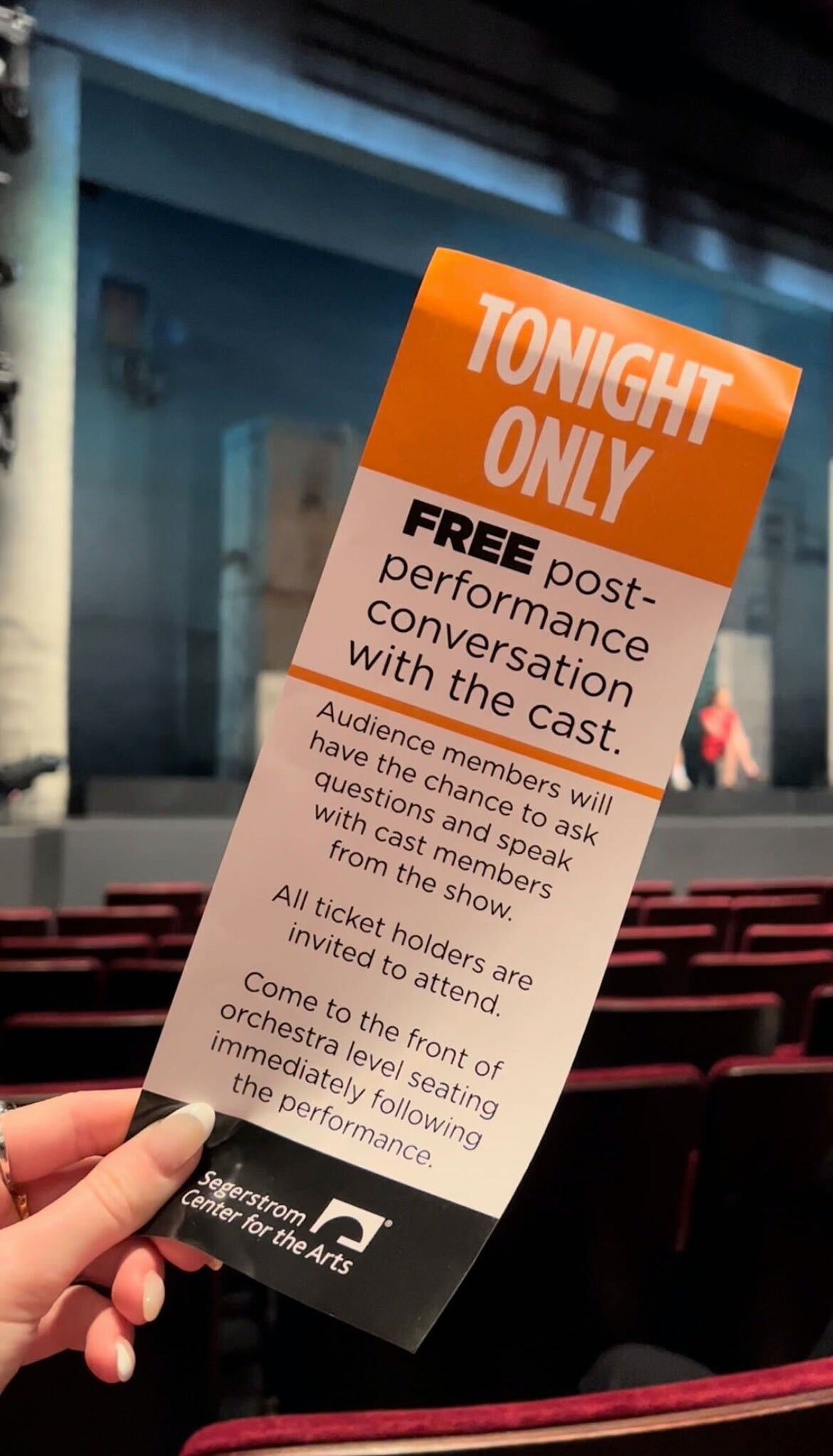 We are so excited to continue our talkbacks this season, and they have only continued to grow in popularity throughout the years, with our biggest talkback bringing in a crowd of over 700 people in one night! While talkbacks aren’t guaranteed for every Thursday performance due to touring companies’ individual guidelines, we try to schedule as many talkbacks as possible for our audiences, as we received constant feedback that Thursday night talkbacks are something that our patrons always look forward to and appreciate. As of right now, we are securing talkbacks for our upcoming Broadway performances this spring, so stay tuned to hear when the next talkback will take place here at the Center.