Original musical co-commissioned by the Center takes audiences on a life-changing journey.

Segerstrom Center for the Arts celebrated a milestone for its Education Department in November with its inaugural Family Series commission, NORTH: The Musical.

Set in the 1850s before the Civil War, North tells the story of a slave named Minnie and her precocious son, Lawrence, who attempt to escape and travel north seeking freedom. In the course of their secret travels, they—and the audience—are introduced to the diverse, multifaceted lives of Black Americans during that time. The production is aimed at children ages 8 and older and their families and was presented as part of the Center’s 2022-23 Family Explorer Series.

The production premiered at the Lied Center of Kansas (Lawrence, Kansas) on October 26 and early reviews were enthusiastic. "This is a powerful new musical," says KBACH radio. "Brand new stories that haven’t been documented or heard … [this is] for audiences everywhere." KPR Public Radio called it "life-changing for everyone involved," and the SanTan Sun News says, "The story reflects the optimism, bravery, wonder, and suspense of freedom seekers."

NORTH: The Musical was produced by a theater consortium that includes the Lied Center of Kansas; Chandler Center for the Arts (Chandler, Arizona) where it premiered November 4-5; Segerstrom Center, which presented performances on November 12-13; and Playhouse Square Theater (Cleveland, Ohio) which will host NORTH: The Musical in 2023. Segerstrom Center donated not just funding, but also long-term use of rehearsal space.

"To have had the good fortune of participating in the development and growth of this beautiful, important show makes everyone at the Center so proud to have been part of NORTH: The Musical throughout its creation, production, and now during its outstanding performances on stages across the nation," says Talena Mara, Segerstrom Center’s Vice President of Education. "NORTH: The Musical's message is so pertinent, timely and imperative today." 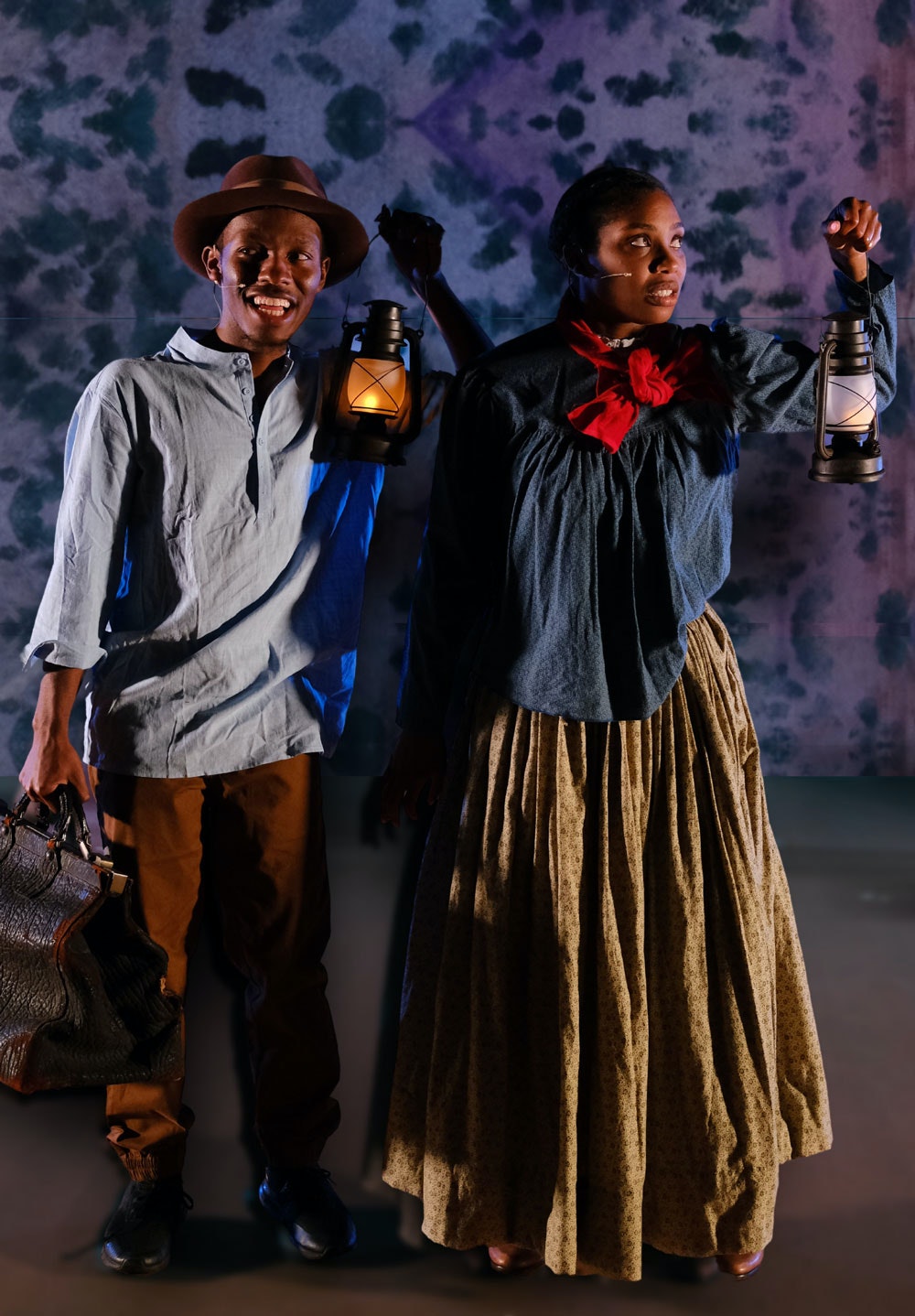 Orange County resident Ashli St. Armant, who wrote the book and music, is known for her award-winning work in children’s education and entertainment. NORTH: The Musical is based on actual accounts of slaves that made that journey, as well as St. Armant’s family history of overcoming slavery in Louisiana.

Young Center audiences know St. Armant as lead singer of Jazzy Ash and the Leaping Lizards. The music group introduces New Orleans jazz in schools through the Center’s Arts Teach program, taking children on a joyous journey through early Black American music and the history of the origins of jazz. The music St. Armant composed for NORTH: The Musical plays on that Louisiana sound and makes a lively accompaniment for the story, with songs that are both funny and poignant.

Be sure to check out the show’s informative website, norththemusical.com. It includes pre- and post-performance activities for children, a booklist for both adults and children, backgrounds on historical people and places connected with the abolition of slavery and the Underground Railroad, and information about the production creators.

The Center hopes this is just the start of future commissions and plans to be involved in creating more family productions that promote diversity and have the same high quality as our main stage productions.