Here at Segerstrom Center, we have a hallway filled with past posters from performances over the years!

They are a special way to show our history of shows that have come and gone. As you can see, many were autographed by some of Broadway and ballet’s biggest stars when they made their stop in Orange County. If you are able to spot them, you can see a few big names featured on this wall such as Chita Rivera, Ralph Macchio, and many more! When a large group of performers are asked to sign several posters, they lay them out on a table and all the performers sign the same spot on each poster to ensure they don’t accidentally sign a poster twice.  Interestingly enough, if you look closely, you are also able to see how our logo and name have changed over the 35+ years we have been around!

The first public performance held at Segerstrom Center for the arts in 1986 is also featured on this wall. It was a renowned soprano opera singer named Leontyne Price. The final dress rehearsal, the night before the performance, was a “Hard Hat Concert” for the construction workers and company employees involved in building Segerstrom Hall. These workers were the first “audience” to experience a performance at Segerstrom Hall! 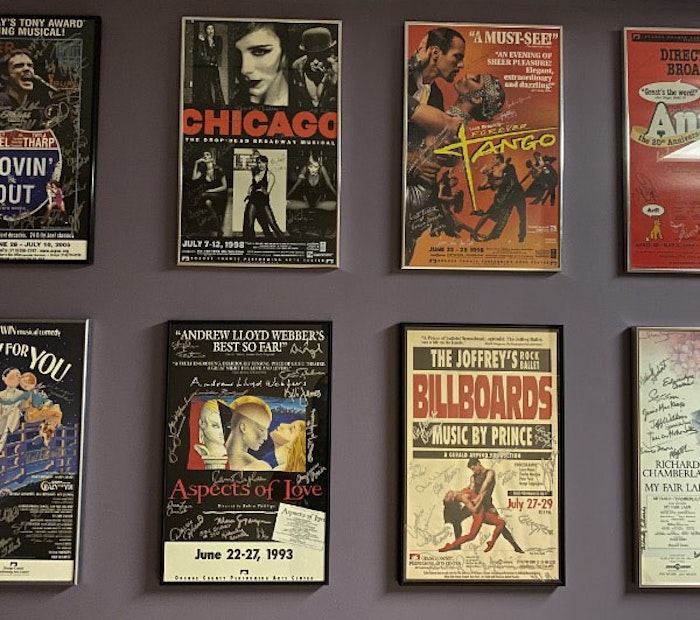 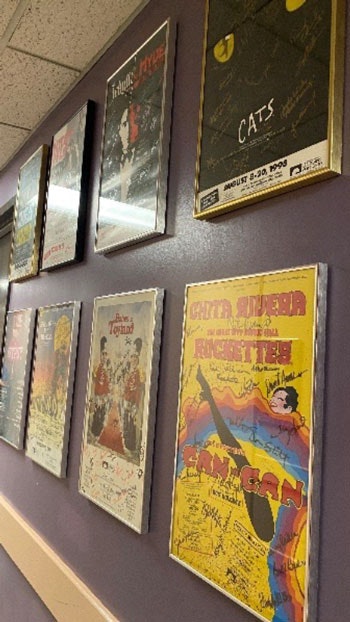