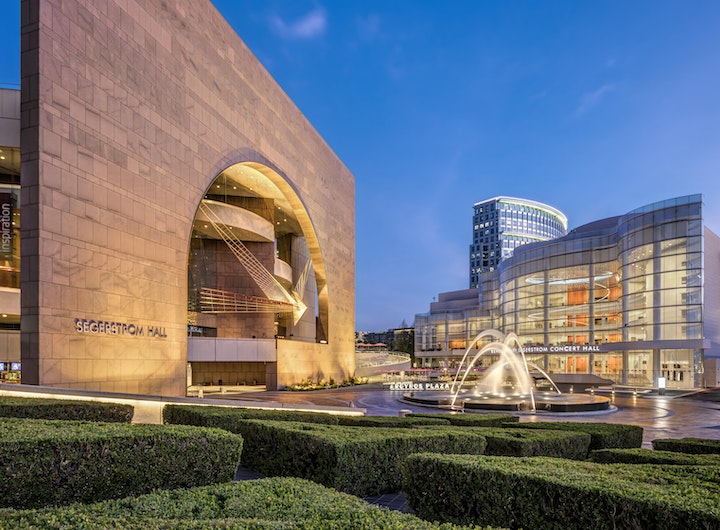 In the late 1960s, a number of Orange County community leaders decided it was time to have world-class performing arts venues and a dedicated arts campus where local and regional performing arts organizations and esteemed guest artists and companies from all over the world could perform for this rapidly growing and culturally diverse region of Southern California. Businesses were headquartering here and major educational institutions were being established. Pacific Symphony, the Philharmonic Society of Orange County, and Pacific Chorale needed a concert hall with seating and acoustics appropriate to their needs and the caliber of their performances. It should be a setting where those organizations, the new Orange County Performing Arts Center, and the community could grow and achieve greater prestige and recognition.

By the mid-‘70s, the Center had its site: a five-acre parcel of land donated by the local Segerstrom family along with lead financial gifts. Construction began in 1983.

The vision of the Center's founders became reality when the Orange County Performing Arts Center opened on September 29, 1986 with a concert in its new opera house-style Segerstrom Hall. It was one of the nation’s most innovative and technically advanced homes for the performing arts. To  the performances by  Pacific Symphony, the Philharmonic Society, and Pacific Chorale, the Center’s leadership added celebrated international ballet companies, national tours of Broadway musicals, jazz greats, award-winning chamber ensembles, cabaret artists and children’s theater. The Center also established an ambitious education department dedicated to bringing young people to the new campus for live, professional performances and to providing meaningful arts programs to schools throughout the county.

The new Renée and Henry Segerstrom Concert Hall opened on September 15, 2006, named for the Center’s founding chairman and his late wife. Samueli Theater, the intimate 500-seat multi-use venue included in the concert hall complex, was named for the Henry Samueli Family Foundation. And Leatherby’s Café Rouge, named for long-time Orange County philanthropist George Leatherby, added a taste of the culinary arts to the Center’s campus.

In 2015, the Center announced The Next Act: three bold initiatives that would advance the goal of becoming a more vital force throughout the community while maintaining its recognized commitment to artistic excellence. 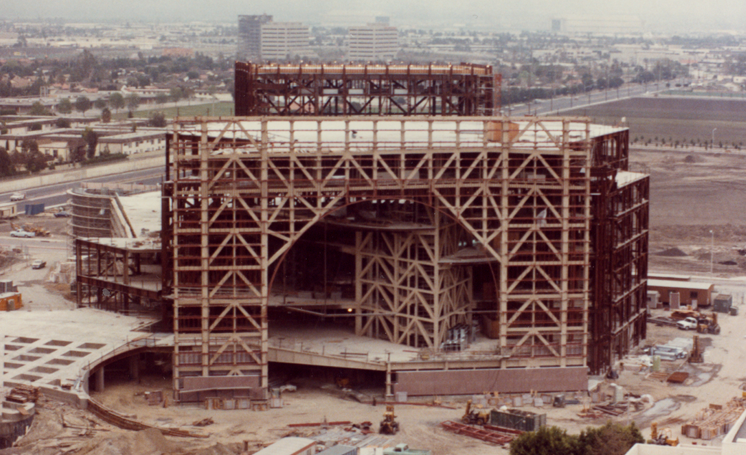 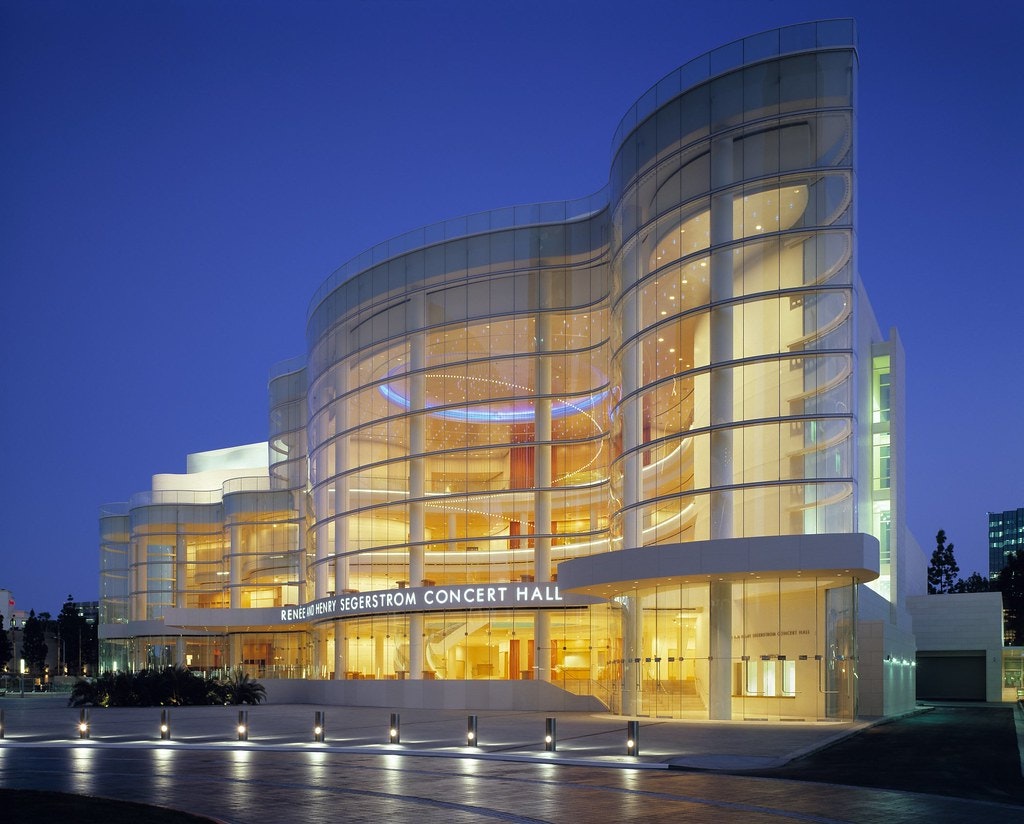 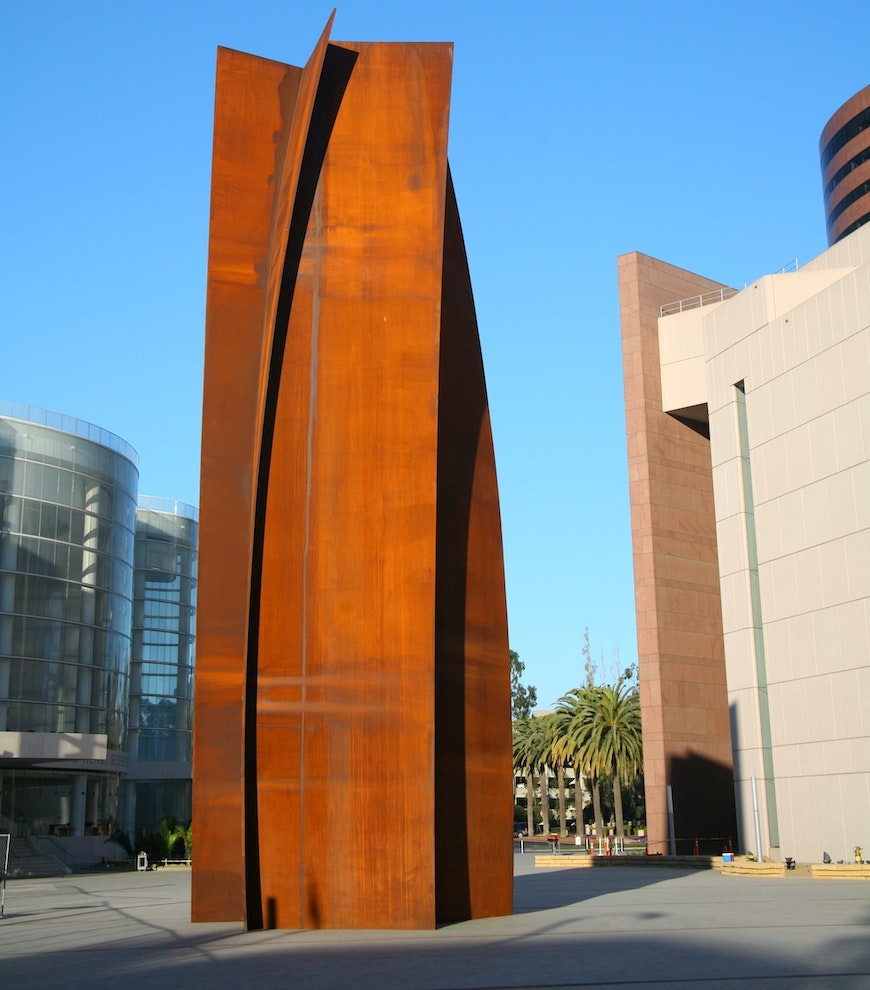 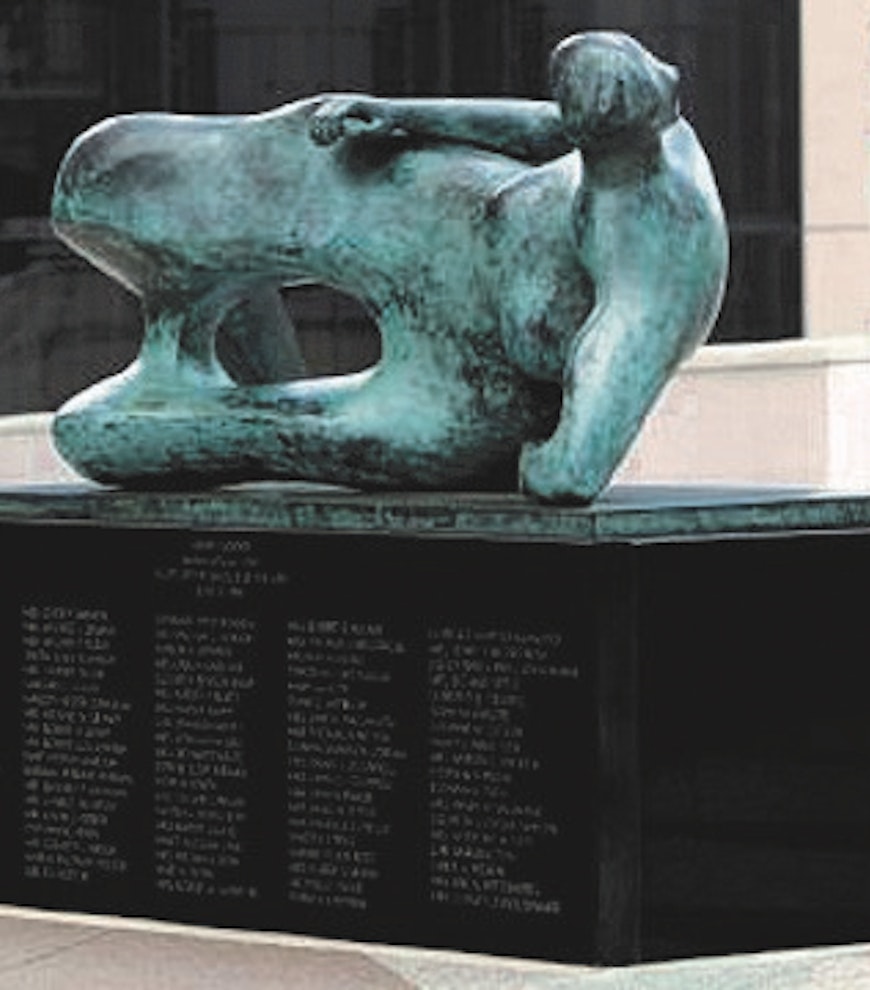 An iconic example of the British sculptor’s mature work and a 1984 gift from the Angels of the Arts, a major supporter of Segerstrom Center for the Arts. "Reclining Figure", like the majority of Moore’s public works in cities around the world, is based on the human figure – usually standing, sitting, or most ofter, reclining on a plinth.

Vital and mysterious, like the spirit embodied in Stonehenge, Moore’s reclining female forms are universal shapes to which everyone is subconsciously conditioned to respond; simple, massive, deeply human figures are clearly represented in his "Reclining Figure".  This sculpture is at the end of Town Center Drive on Segerstrom Center's Orchestra Level Terrace. On January 12, 2011, the Center changed its name from Orange County Performing Arts Center to Segerstrom Center for the Arts to honor the extraordinary contributions of the Segerstrom family. Their unwavering commitment and generosity have been at the core of the Center's success. Segerstrom Center for the Arts became both the institution that owns and operates the theaters and the Argyros Plaza, as well as the 14-acre multidisciplinary campus that also includes the Tony® Award-winning South Coast Repertory and the new site for the Orange County Museum of Art, schedule to begin construction in 2019. 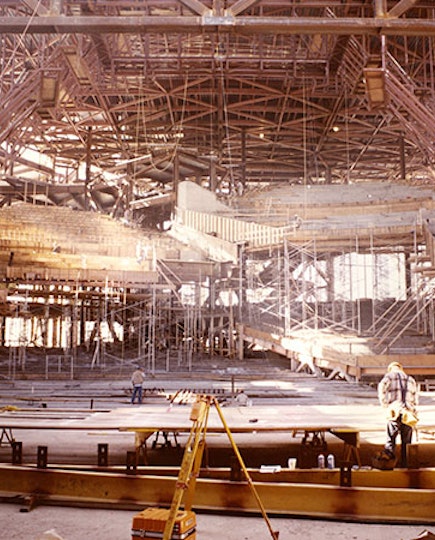 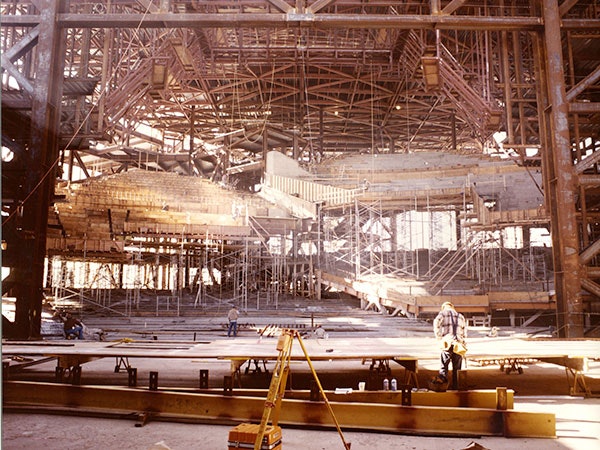 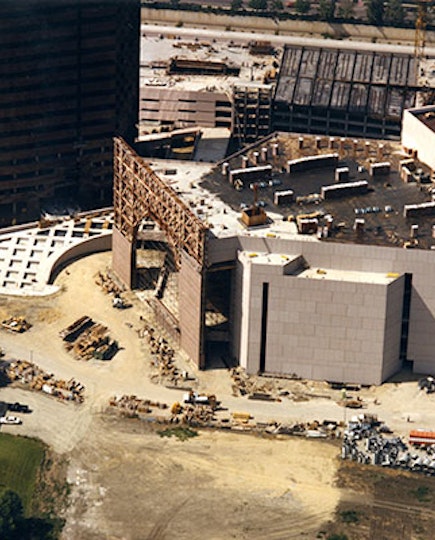 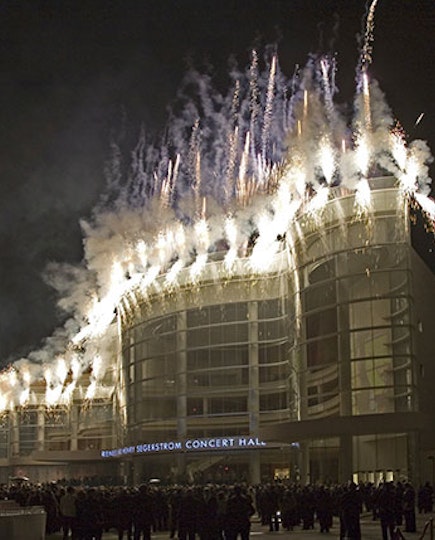 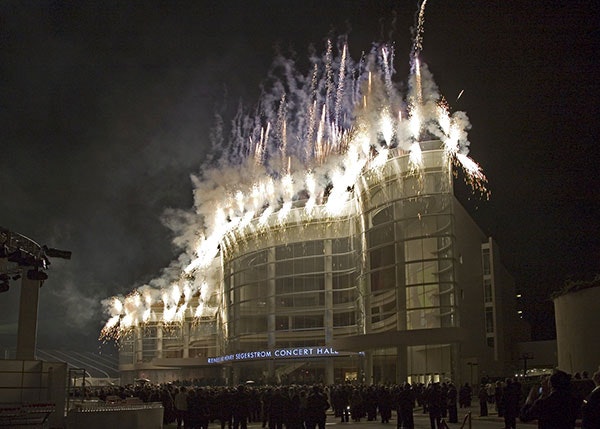 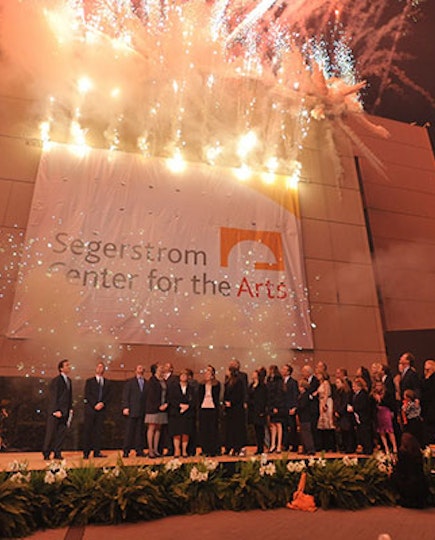 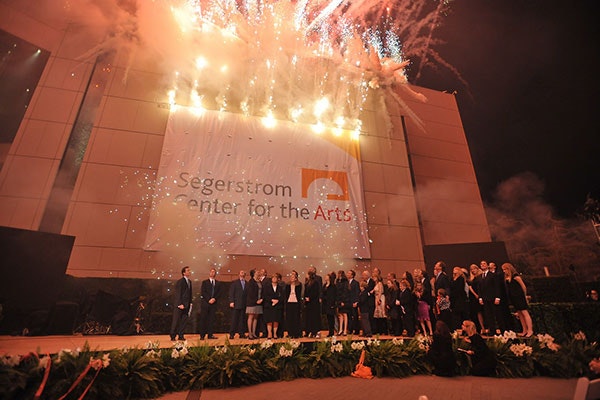 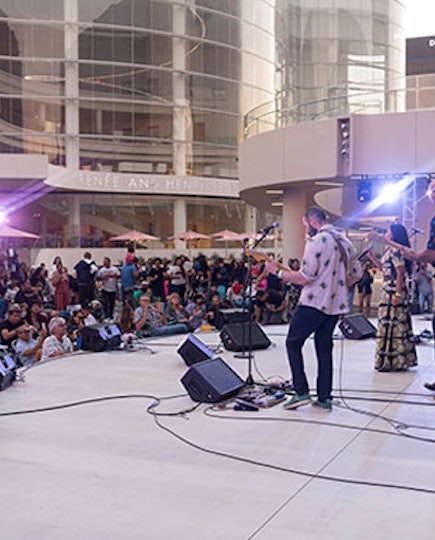 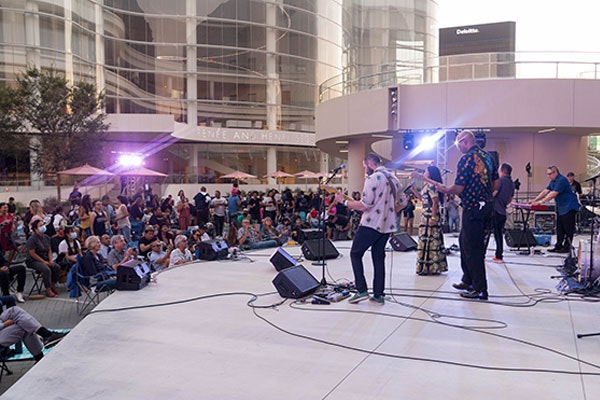 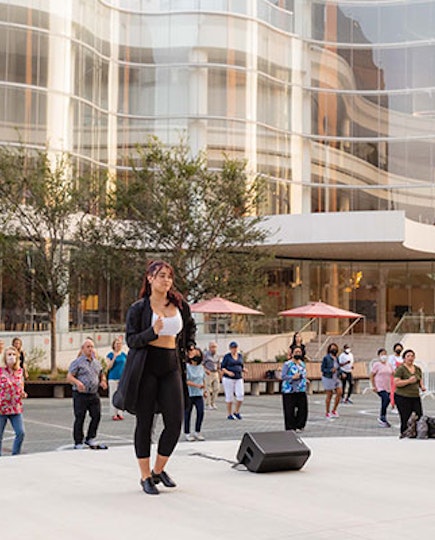 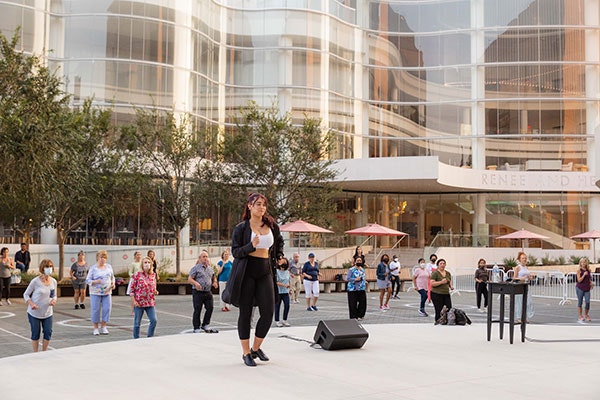 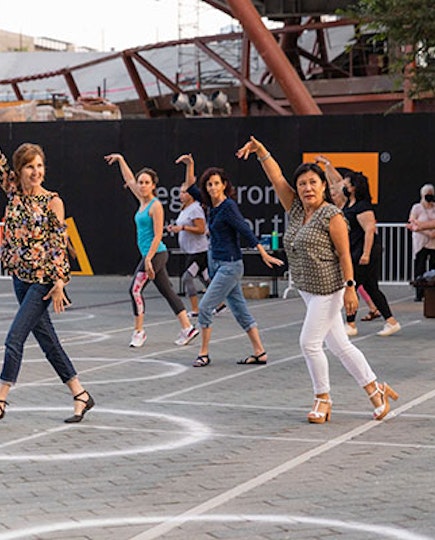 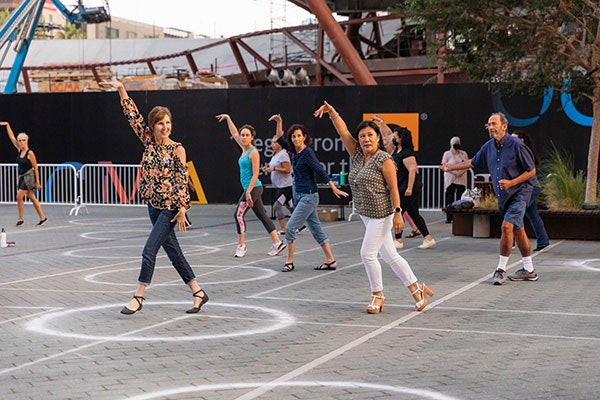 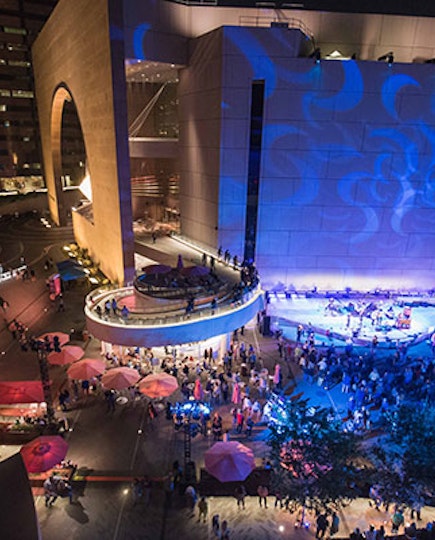 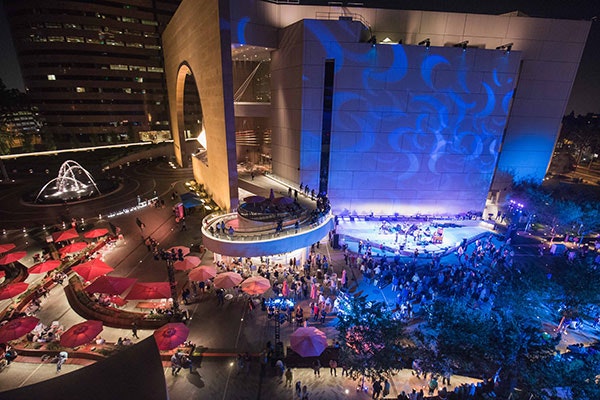 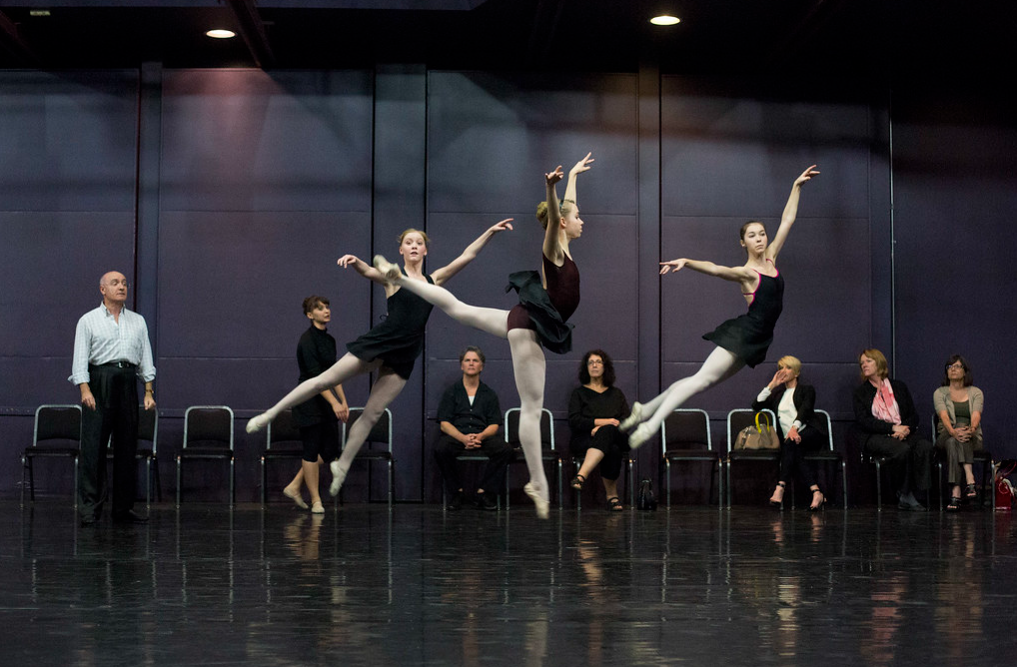 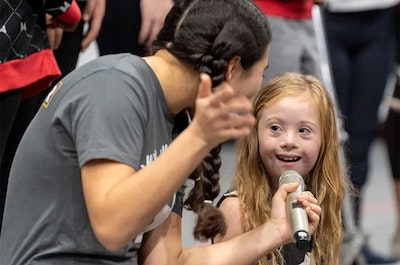 Today, Segerstrom Center for the Arts is one of the nation’s most respected multi-disciplinary cultural institutions. It is Orange County’s largest non-profit arts organization. The Center remains committed to supporting artistic excellence, offering unsurpassed experiences and to engaging the entire community in new and exciting ways through the unique power of live performance and a diverse array of inspiring arts-based education and community engagement programs.